Mr. Vuza has been leading Chimcomplex S.A. Borzeşti since 2018 from the position of Chairman of the BoD. The Chairman focuses on innovation: in new products and applications to reduce the ecological footprint, but also in visionary projects to achieve the Green Deal.

He is a graduate of the Military School and the Academy of Economic Studies – International Economic Relations; Finance – Banking and bachelor’s degree in Legal Sciences at the Faculty of Law – University of Bucharest. He has 3 Master’s degrees in: International Economic Transactions, Industrial and Organizational Psychology and Political Science and a PhD in Economics at Babeș Bolyai University, Cluj – Napoca.

He is a mountain lover, Lego enthusiast and philanthropist who never tire of turning ideas into reality. 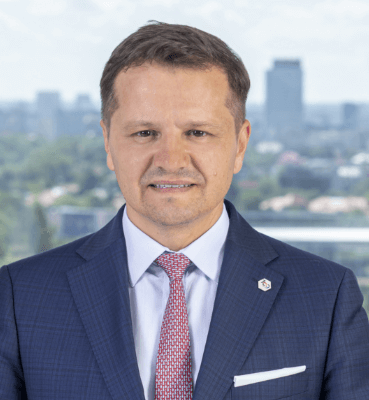